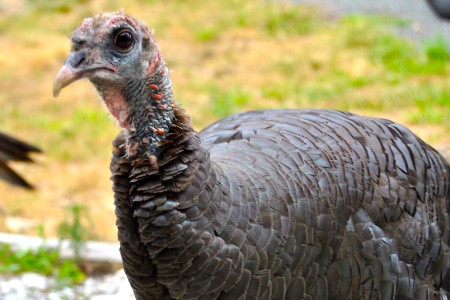 In case you didn’t know, I have a 17 year old son.  He’s just about perfect (except when he’s driving me insane).  My husband and I were foster parents and our second foster child was a tiny, five-pound, week-old little bald guy, wearing nothing but a diaper and smelling like cigarettes.  He and his sister (who came to us a year later) are the joys of our lives but it hasn’t been an easy road.  Both children were exposed  to drugs in utero and both have special needs.  My son has always been an enigma, as his first elementary school principal used to tell us.  His intelligence has always tested very low and he most likely will never get a diploma when he finishes high school, yet give him an old computer and he’ll whip the back off of it, move things around back there and sometimes he’ll get it working again.  But you can ask him what he did to fix it or how many quarters in a dollar and he can’t tell you.

As a child who has an intellectual disability, when he’s not frustrated, he’s always had a very sweet and loving personality.  He was the little boy that said “Bless you” to the teachers when they sneezed. The little boy that would walk a hurt or sick child to the nurses office and make sure they were taken care of.  The little boy who, every day, greeted all of the school custodians and lunch ladies by name. The little boy who thinks everyone is his best friend.

Unfortunately, the social road for him has been hard, as any parent of a child with a disability knows.  Real friends are few and far between and bullies are everywhere.  A few months ago, Kai came to us asking if he could join Sea Scouts.  I had never heard of Seas Scouts.  According to the scouting.org  webpage, Sea Scouts is a specialized segment of the Venturing program, which was organized to address members’ boating skills and promote knowledge of our maritime heritage. Sea Scout units, called “ships,” focus on sailing and cruising either sailboats or power vessels.

To this point, it’s been wonderful.  The skipper and other members have been respectful of his limitations and Kai has participated in sailing and camping. 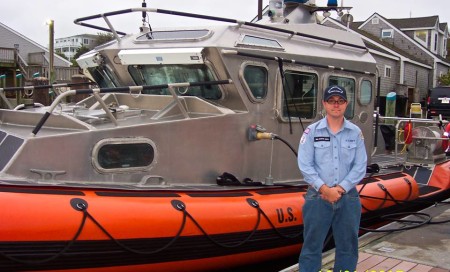 Kai stands proud in his uniform

Then the shoe dropped.  Kai arrived home from his weekly scout meeting, his face lit up with excitement.

Now, if you know me at all, you know that I consider every creature a friend.  I’m not naive.  I’m not a vegetarian.  I eat meat.  In fact, I come from a hunting family — the very first time my California surfer-boy husband met his new in-laws, there was a freshly killed deer hanging from a tree in the backyard.  But, I could never ‘do the deed’ and I really didn’t want my sweet boy to be faced with killing an animal.  He’s right there with me when I feed the wild turkeys scratch and breadcrumbs (yes, I know that you’re not supposed to feed wildlife – I just give them a tiny bit on occasion – kind of like a dessert.  And no, I’m not fattening them up for Thanksgiving, thank you very much).

I sat him down and told him that I needed to have a grown up conversation with him.  I explained to him that he didn’t have to shoot any turkeys if he didn’t want to.  He shook his head, “But, Mom, I think I do want to.  I need to in order to get my badge”.  I let him know that it was okay if he changes his mind, even at the last minute.  No one who matters will care if he decides not to shoot.  “Okay, Mom.  If I get there and I don’t want to, I won’t”.

I was out of town when he left for the weekend shoot.  I anxiously called my husband often to ask if he had heard anything from the campers.  Kai and the skipper weren’t returning our texts, much to our dismay.  Finally on Sunday evening, my husband picked him up from the camp.  I just can’t begin to tell you how anxious I was waiting to hear how it went.  I was hoping that my baby boy wouldn’t be scarred for life.  “Well, how did it go?” I asked my husband.

“Yeah.  About that turkey shoot,”  he replied.  “They shot clay turkeys. The skipper had a good laugh”.

Maria is the owner of Wicked Awesome Maine Vacation Rentals based in beautiful Washington County, Maine.